Gum Disease, And Why It’s Serious

You might’ve heard from your dentist that you have an early stage of “Gum Disease” from not brushing regularly. You might also come to the conclusion that it’s not a big deal since all you notice is your gums bleeding every now and then with the occasional redness in them. If you are only in the early stages of the disease, consider yourself lucky and take this as a warning: Gum Disease is very serious, and you could be permanently damaging your mouth by not adjusting your cleaning habits to fight this off.

Early Stages? What’s That About?

Gum Disease exists in two forms, Gingivitis, the first stage of the disease, and Periodontitis, the advanced form of Gingivitis. Gingivitis is the early form of the disease and it happens when dental plaque builds up on your teeth, where it can’t be removed normally without treatment from a dentist safely.

Periodontitis is the advanced form of the disease and occurs when Gingivitis isn’t treated, and the plaque causes the gum margin, the part of the gum that seals to the tooth, becomes weak and spaces between the teeth and gum form, allowing bacteria to get in between your teeth and erode the gums even further.

Gum tissue that is eroded for long enough from Periodontitis causes the teeth to become loose, requiring teeth removal. It’s important to talk to your dentist about Gum Disease, and what you can do to prevent it getting worse if you already do have it.

Gum Disease in it’s earliest form is something that affects most people at some stage in their life, but don’t let that fool you into thinking it’s a normal thing you don’t need to worry about. Be sure to take extra care of your teeth if you ever find yourself in this situation. 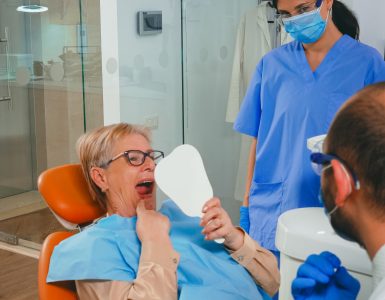 How are dental implants put in?

You may be wondering what the procedure is to get a dental implant and exactly how it is inserted into your jaw. What are the steps? There are several steps your dentist will go through to complete the implant process. ... 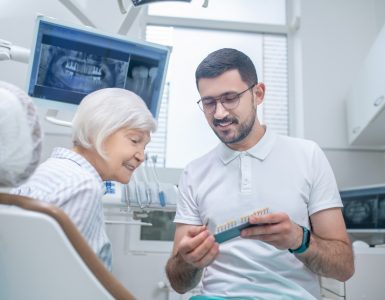 What are the benefits and risks of having a dental implant?

More and more people are choosing to have dental implants to replace missing teeth.  Naturally blending in with your natural teeth, dental implants offer a durable and long-lasting solution to tooth loss and provide... 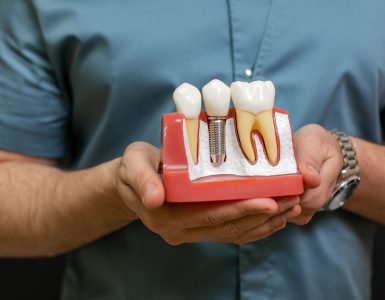 I’m thinking of having a dental implant. Would I be a suitable candidate?

Will my eyes get damaged if I read in poor light?

When should I get my child’s eyes tested?

Is it true that wearing glasses can make your eyesight worse?

I have presbyopia. What are my treatment options?

Why am I having trouble reading now I’m older?

How important is exercise for healthy eyes?

What role does family history play in the development of eye conditions?

Why can’t I see clearly at night?

How smoking can affect your unborn child’s vision

When Your Child Needs Braces